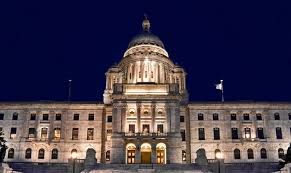 People can do many things with their vote. They can waste it by not voting. They can vote for their preferred candidate or they can use it to send a message to the establishment. I am working hard so that a vote for me is all three!

I believe that women should have 100% control over their own health care decisions. The abortion issue, also known as may well be the biggest wedge issue in all of humanity. That being said it does not mean we should leave it to others to decide the issue for our state. The legislature should immediately debate this issue and in my opinion codify Roe V. Wade into Rhode Island law

- The #1 In Depth Political Interview This Election Cycle -

Whatch my interview with Parker Gavigan below.

There Are More Choices

Hard hitting interview with Tyler Salk of www.990wbob.com talk show. We discuss WPRI's exclusion of my campaign, the "No Path to Victory for Mayor Fung and some fun parts of my Platform. We talk access to justice, family court, education, civil right etc. (audio only)

Gina raised 7 million for tv commercials zero for children. I have been talking school safety and emergency management before Gina was ever elected Governor (clip below). Four years later, we still don't have a school safety plan.

Hear my Interview with Tara Granahan of 630WPRO, as we discuss Eminent Domain, the PawSox, governmental thuggery as the Speaker and Gina stomp on Article VI of the Rhode Island constitution.

"Some people are yelling so loud we can't hear them. We all want a better tomorrow and it starts today. Listen to "Bill Gilbert Moderate Party Candidate for Governor" on WPRO via #spreaker

Hear my plan for the first 100 days  #DeepDive (audio only)

I still believe this message from my '14 election today. Let's stop arguing and build a future. This election I am applying to be your Governor.

Hear what I say about state employees, Republicans and Democrats when Tyler asked me about my candidacy in this @990wbob interview. #DeepDive . I meant every word. (audio only)

Bill Gilbert, the only candidate supporting our teachers. (From 2014 forum)

A lot of Rhode Islanders believe that the politics of this state are not serving the interests of the people; that corruption has spoiled everything and that there’s no hope of redemption. Thousands are leaving the state to find a better way of life.

I’m Bill Gilbert, and I’m running for the office of Governor under the Moderate Party. It’s a third party that offers Rhode Islanders a choice. If you’re sick and tired of politics as usual in this state, vote for change. Let your politicians know you’ve had enough. Vote for the Moderate Party to make your voice heard.

I believe the state of Rhode Island should be nurtured and marketed to the rest of the country as the gem that it is. Tourism should be our greatest asset, and we should be letting the rest of the world know just how gorgeous this little state is. Rhode Island should be known worldwide as the little state with the incredible beaches, great food and culture, easy access to mountains, lakes and ocean, city and country life, farmland and marshes, wildlife and outdoor adventures. We’ve got it all right here in our small state. Summer fun. Fall foliage. Winter snowscapes. I think we can promote Rhode Island’s assets and become known the world over as a place to visit and have a great time, overcome our reputation as a corrupt state where convicted felons get elected and politics are the only business making money for the connected few.

As Governor, I want to be Rhode Island’s ambassador to the world. I want to make tourism our top priority and bring travel dollars into our state, stimulate jobs and revenue that doesn’t suck the resources out of our system.

Most importantly I want to offer Rhode Islanders a clean, ethical choice in leadership. Vote for me for as Governor and vote for the Moderate Party and let the two-party system know it isn’t working for you and you’ve had enough.

You can join us using

Created with NationBuilder – Theme by Tectonica